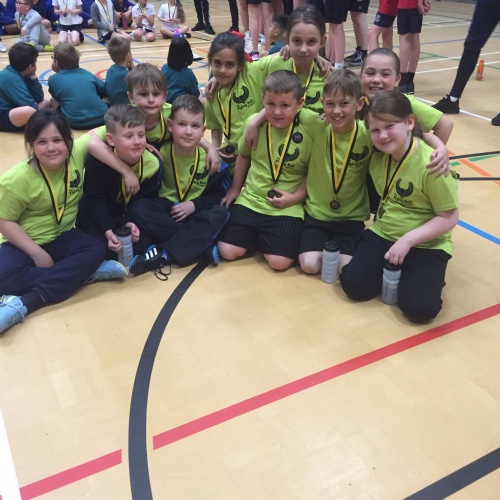 The Tri-golfers took part in a competition held at the Mountbatten Centre and competed well against the other teams with what was a very close result. Mrs Churchill was very keen to stress that the children’s behaviour was magnificent and they were a joy to take.

The Tag rugby team played a tournament at Goals against 10 other teams. They were the winners of their group but were beaten in the semi-finals and then lost the 3rd/4th play off game 6-4, so again a very close result. They showed good sportsmanship throughout the tournament but were very disappointed to lose the last match – but like the phoenix, we will rise from the ashes!!!

Well done again to both teams and for making The Flying Bull Academy so proud.

Have a look at the Tri-Golf team above.