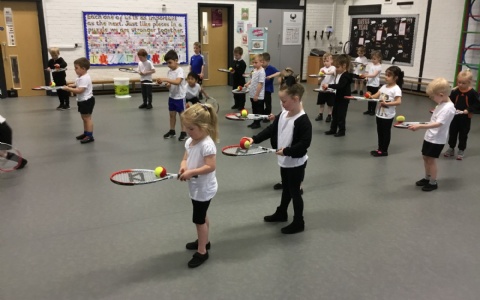 We were very lucky to have an LTA qualified coach come in to work with Reception and Key Stage 1 to give them a tennis taster session. The children loved the session and have all been given information about tennis opportunities at The Mountbatten Centre. 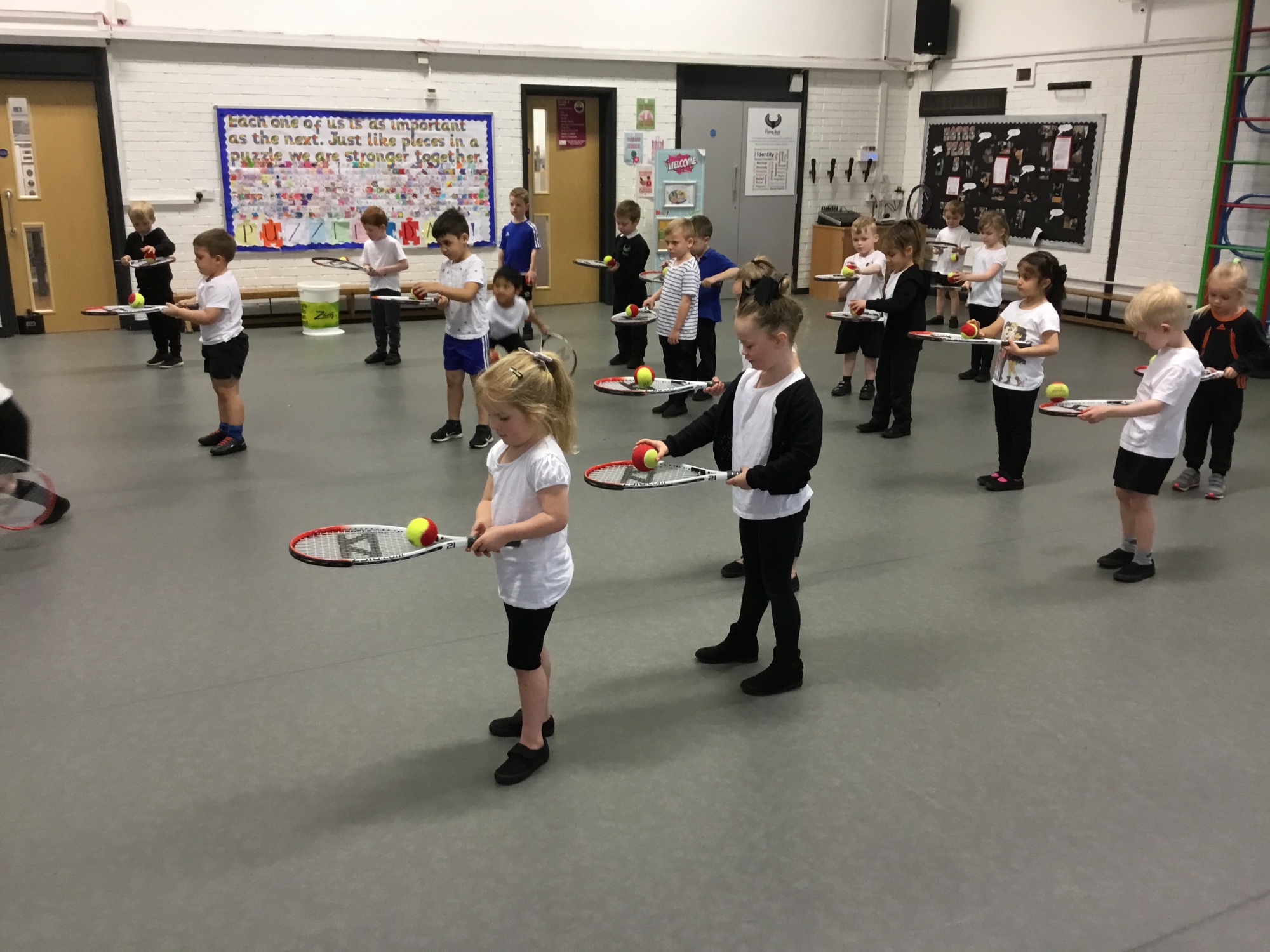 For the past 6 weeks, 12 girls from Yrs 4, 5 and 6 have been practising hard for the University of Portsmouth's annual Cheer Off! Cheerleading competition, held at the Mountbatten Centre.

They were up against 7 other teams, including one from a secondary school. They more than held their own, even though they had made a few last minute changes. All teams involved won an award for a different reason. Our team won the Best Dance Award.

The coaches also had to choose one child from each team who had shown commitment, improvement and a good attitude towards their cheerleading. This was a difficult one, as so many of the girls had worked hard but eventually it was given to Shaylah.

Mrs Churchill was extremely proud of them as they had a few struggles along the way.

Thanks, as always, to Katie, Romilah and Electra from the University of Portsmouth, who gave up their time to coach the girlsand  to Mrs Hayes for accompanying Mrs Churchill and to all the parents who came to support us. 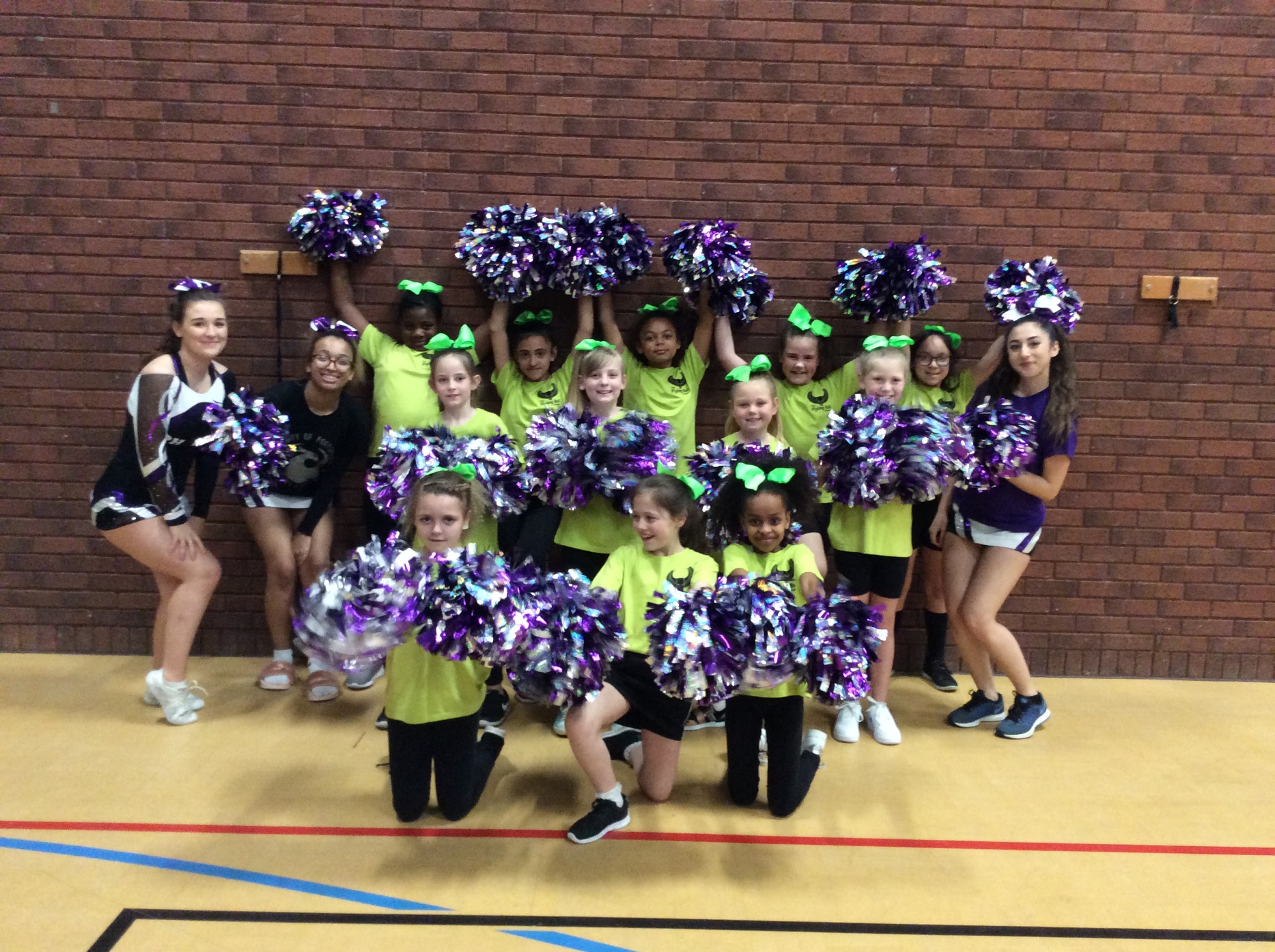 The Flying Bull under 11 Girls team achieved second place in the league competition. There were 16 teams altogether and out of the 15 games they played, the girls lost only once. From those games only 4 of the opposing teams managed to score against Flying Bull. Top scorer for the team was Miami closely followed by Lacey. 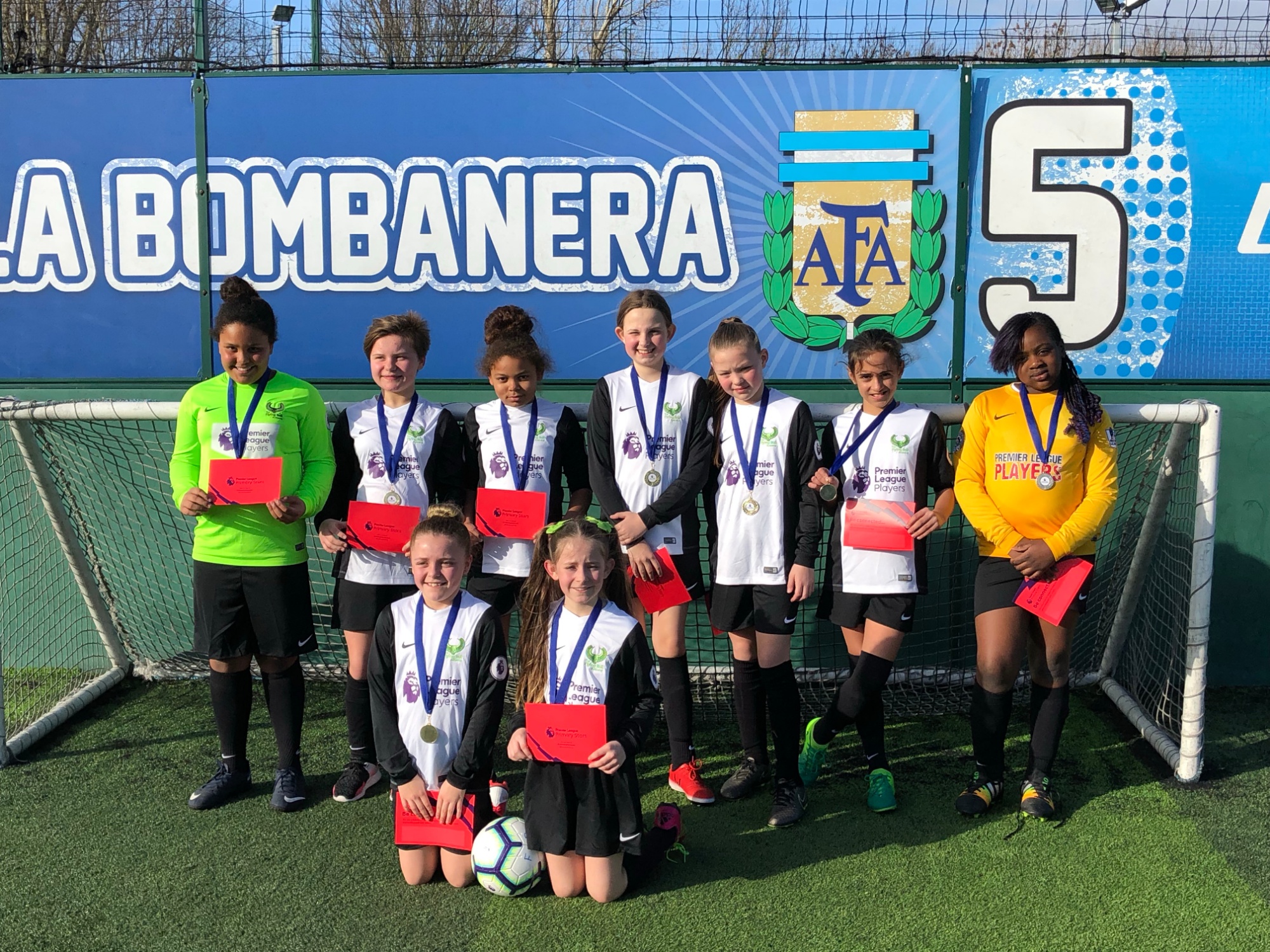