A Workshop with Ali Sparkes

Learning to Write From A Published Author

The children were each given their own persona ranging from Barbie obsessed five-year-olds to 400-year-old vampires. The children role-played being on a bus when it crashed, they then had to write down the conversation they would have had between their two personalities. There were some stand out examples with the children relishing the opportunity to be so creative.

Ali also launched her writing challenge which all children from Y1-6 will be participating in after half term.

The challenge is to write a short story based on the title - The Conversation. 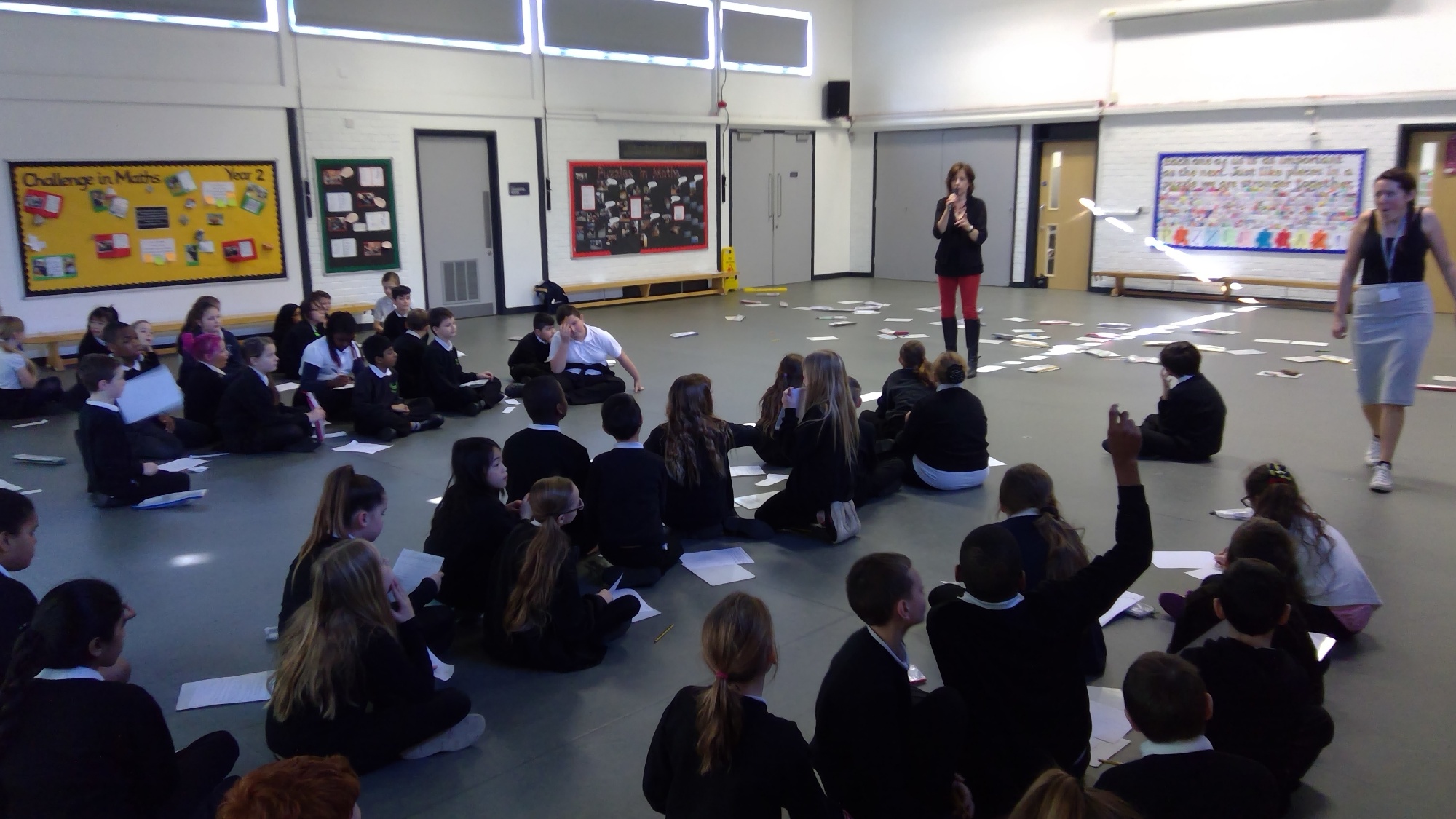