Year 2 Tag Rugby and Under 9 Football

On Friday last week, 10 Yr 2 pupils took part in a tag-rugby skills festival. It was a fun session and the weather was kind. Hopefully, it might have inspired some of them to have a go at one of the rugby clubs in the city. We were very impressed with the way the Yr 2 children competed. All of the children had fun and  Mr McGlone-Atkinson had his first experience of driving the minibus! 10/10 for the activity and 10/10 for Mr McGlone-Atkinson! 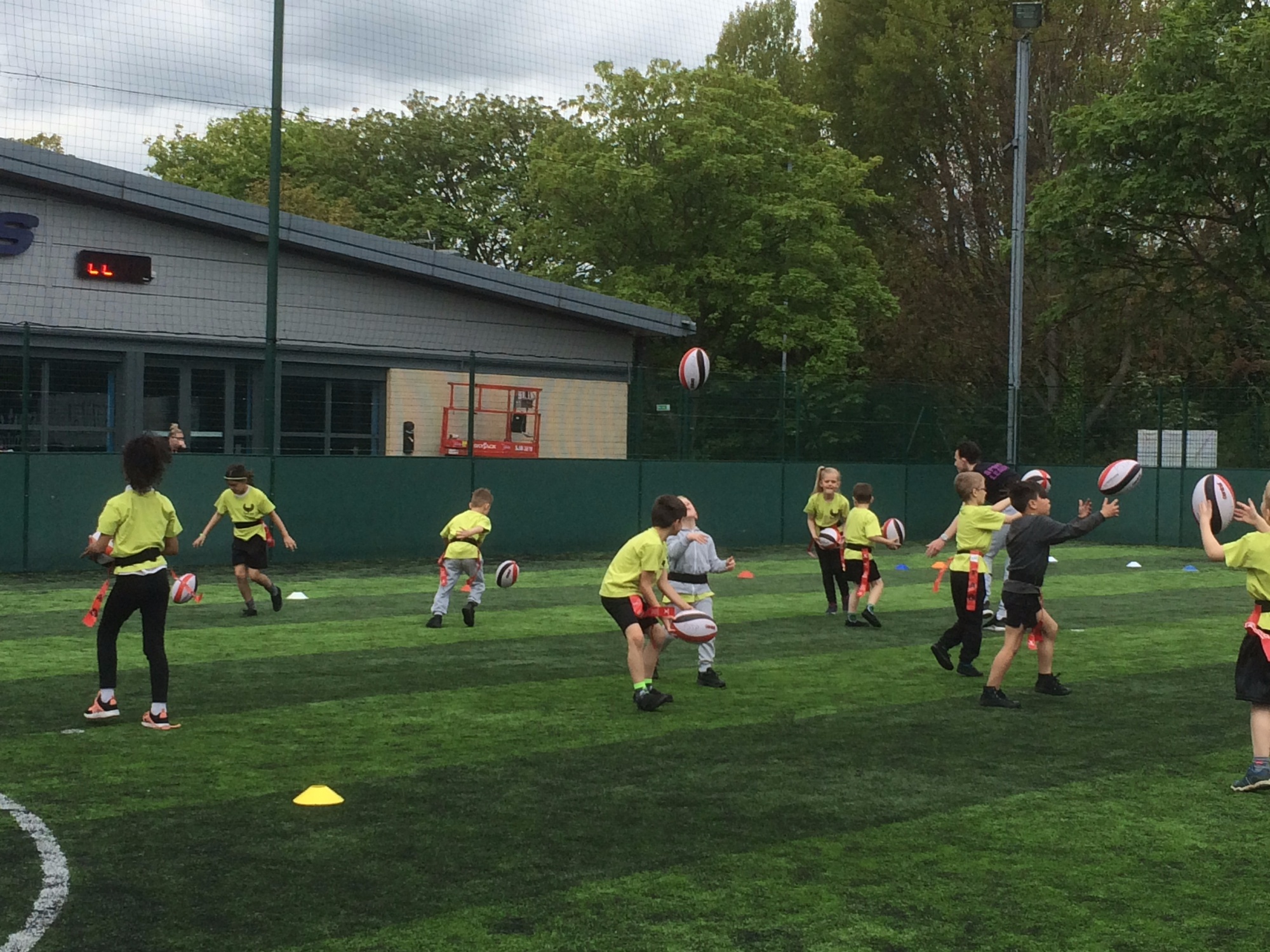 This week, it was the turn of the U9 footballers to make their mark at Goals. They played 6 matches - winning 3, losing 2 and drawing 1. They came 4th in their group but gained valuable experience, ready for their league which starts next week. Both Mr Povey and I were very impressed with the sportsmanship shown by the whole team. Well done Boys!